Dear Jesus do something

Remnants of a life

My name is Björn and I´m a film editor with more than 20 years’ experience in film and TV. I´m from Germany but  now I am working and living in Stockholm, and  in Lisbon as well.

After completing an apprenticeship  for film and video editing at  Bayerischer Rundfunk, Munich, I continued working there for 5 years as an editor and then moved to Stockholm to study film editing at  Dramatiska institutet. 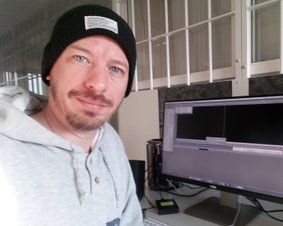 After a wide range of editing experience, I now mainly edit TV series, features and documentaries but also enjoy working on short films and art projects. I´m very curious and like to be challenged with every new project.

Some of the films I´ve edited have been nominated for the Swedish Film and Television Awards.

Sometimes I even work as a film editing consultant for exam films at Kulturama and the Film school in Stockholm (StDH).